London Luton Awarded Title of ‘The Best Airport in London’ 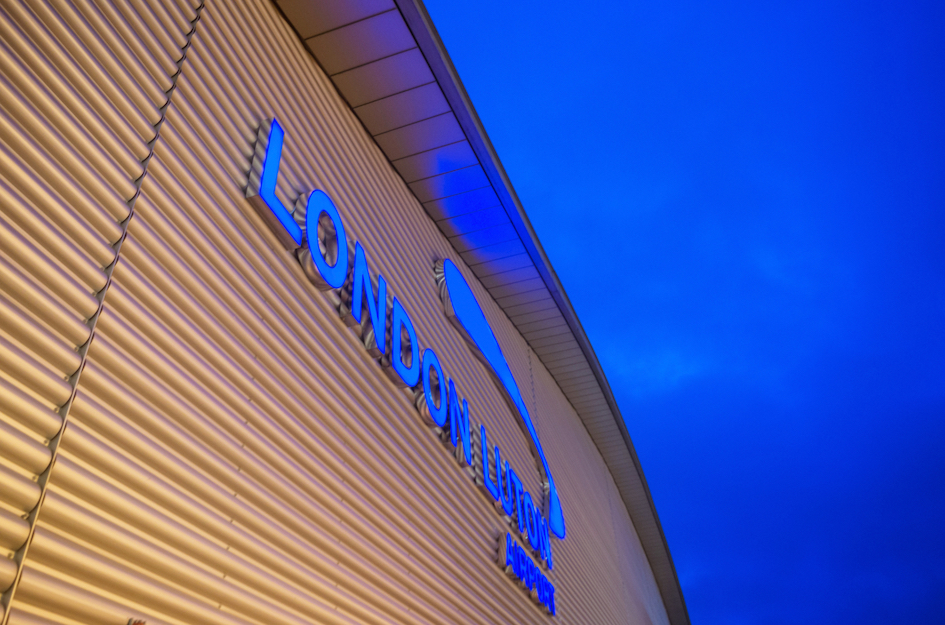 Let’s just consider this for a minute - our airport in Luton has beaten off competition from some of the most respected flight-hubs in the world - Heathrow, Gatwick and Stansted - to be named the best in London. Wowzers! Let’s find our more, and what it means for life in our town.

Experience Air Travel at its Best

In a study of London airports this summer, The Ordinary Tour (a central London bus tour operator), ranked London Luton Airport as the best airport serving the capital.

The study used data taken directly from the all six London airports - including London Southend and London City - along with stats from the Civil Aviation Authority (CAA). Data on queuing times, flight delays, travel fares and connection times at each airport were placed under scrutiny, with each hub being awarded a percentage based on actual performance under each category.

This analysis is significant because it used a data-based approach, that avoided any subjective bias or preference-based input. The raw figures spoke for themselves, and shouted loudly in London Luton’s favour.

Of particular note was the fact that Luton has the shortest average flight delay time of all the airports, at just 7.1 minutes (against 13.9 minutes for Heathrow - almost double!)

Couple this with the shortest queuing times of all six airports, at just 6.06 minutes (compared with 10.8 minutes at Stansted), and it’s easy to see why London Luton airport came out on top.

Luton also came out shining with the cheapest travel fare to North America, and ranked in the top three for the lowest percentage of flights cancelled, and best average European travel fare.

Anyone who has already discovered the benefits of London Luton Airport will not be surprised by this news. Situated within easy striking distance of the centre, it has always been an integral part of the town, providing jobs and drawing in business from all over the UK and beyond.

But location isn’t everything.

London Luton Airport couldn’t be the success that it is without providing a great passenger experience, and this latest study highlights the focus that London Luton Airport places on customer satisfaction. Travelling can be a pain in the butt. And any airport that helps to ease that pain by ensuring as smooth a path as possible from A-to-B is always going to be a winner.

And now it’s official:London Luton Airport stands out … for all the right reasons.

Luton Airport is a convenient and - relative to the other London airports - low stress choice when it comes to air travel, but like all airports it is limited by its capacity and list of destinations.

Helping more than 15 million passengers a year to reach their destinations is going some, but what to do if you need to access a location that isn’t on offer from London Luton?

As you book your last-minute winter getaway, or start looking ahead for your next summer vacation escape, look no further than Luton. If you’re lucky enough to live here, travel heaven is on your doorstep, with the airport offering direct flights to more than 70 destinations across 30 different countries in Europe, the Middle East and North Africa, many of them at low cost.

But if your holiday destination of choice is not on Luton’s flight map, the town offers oh-so-easy access to other major travel hubs. And that’s the beauty of Luton. It holds a special place in the connective heart of Britain, with unrivalled travel links by road, rail and air.

This is a key reason why so many people choose to call Luton home.

As an air traveller choosing to live in Luton, you have effectively released yourself from the stress of driving, and the cost of airport parking. From Luton you can travel direct to all the other major London airports with National Express for as little as £15 one-way.

And you’re not bound by ridiculous timetables, either. Coach departures from Luton to Heathrow are up to 28 times a day, for example. Depending on the time of day, you can be at Heathrow in as little as 45 minutes, with Stansted just 90 minutes away. Even southerly Gatwick is only two and a quarter hours by coach.

If air travel isn’t your thing, getting the coach to other domestic destinations is a breeze from Luton - the town is perfectly placed to slip you seamlessly onto the main motorway arteries that serve the whole of the UK.

You can climb on a train in Luton and arrive at Gatwick Airport just an hour and twenty minutes later - direct, with no faff of a change. Heathrow requires one quick change at St Pancras, but still only takes 90 minutes.

For those not looking to fly at all, you can hop on a train in Luton and be in central London at St Pancras International station within 22 minutes. From there, you can easily transfer to trains all over the UK, and into Europe. Routes north are equally enticing, with Luton offering direct access to Leicester, Sheffield and Leeds.

With the LIF in full swing and driving significant economic investment and development in the town, Luton is in a prime position for anyone who travels regularly into Europe, or within the UK.

For domestic business travellers - Why sit in the motorway carparks for hours, wrestling with roadworks when you can fly from London Luton Airport to Scotland or Northern Ireland in a little over an hour? You can even work while on the move if you choose.

For European business travellers - London Luton offers a wide range of destinations that includes direct flights to many capital cities and their centres of commerce and industry, and from where onward travel to other destinations within each country is easily accessible.

It’s a fact - Luton is one of the best-connected towns in Britain, which makes it the location of choice for businesses and individuals who recognise the value of being able to tap into the mass of travel networks that flow into and out of our town.

At Penrose Estate Agents all of our team live in Luton, and many of us have been here all our lives. We decided to establish our business here for lots of reasons, but one of the main selling points of Luton is its connectivity and ease of travel, and that was a huge plus for us.

We’re delighted that it has finally been recognised.

Get in touch with us today for the low-down on how you can live the high life in Luton, and secure your home in the best-connected town in Britain.